It might feel like you are always in campaign mode, either planning for your first campaign, your next campaign, or currently in the middle of one. You aren’t alone here!  As you think about your campaign, here are some recent trends we have noticed and best practices  we have seen in our 25 years working with clients across multiple nonprofit sectors.

For starters, many more campaigns are taking place today. We are seeing larger campaign goals and more megacampaigns fueled by megagifts from the top tier of donors. 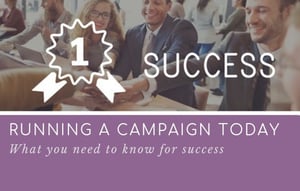 With this has come a greater focus on the top of the gift pyramid and heavy reliance on lead donors with less participation from mid-level donors. The challenge for non-profit organizations is to also build in opportunities to engage mid-level and annual fund level donors. Organizations are recognizing that if this opportunity is missed it can be detrimental to their efforts to develop major and lead gift donor pipelines for future campaigns. Relying on the same lead gift donors repeatedly can quickly lead to donor fatigue in the environment of continuous campaigns we find ourselves in today.

Comprehensive campaigns are more prominent today, and we are seeing more campaigns also focusing on raising endowment funds. Donors are interested in supporting ongoing sustainability of organizations and want to understand how a campaign will impact an organization as a whole – what will the impact be and how will it affect the organization’s financial health?

There seems to be less focus on raising funds for new facilities. This doesn’t mean that new facilities are out of the question, but we tend to hear more donors say, “take care of what you have first before you consider something new.” They want to see the renovation or upgrading of current facilities first. Donors and prospects also want to see that the organization has made plans and taken into account how they will fund the expense of ongoing maintenance for new facilities.

Mini-campaigns or organized major gift efforts are also being used more frequently to secure funding for organizational improvements or programmatic launches. While this isn’t a new concept, it can serve to  give an  organization’s donors, volunteers, and staff a break between major campaigns. These fundraising efforts tend to be time-limited and more narrowly focused.

We are also seeing a greater focus on pre-campaign planning and organizations taking the time to thoroughly plan for campaigns with a longer ramp-up phase. This time allows organizations to ensure everyone is on board with your vision and funding priorities, begin advance cultivation of top donors and prospects, and prepare leadership, volunteers, and staff for the rigors of a campaign.

Getting Started. What can you expect in a campaign?

Understanding the various phases of a campaign and what the implications might be for your organization is important. Focusing your campaign volunteers and staff on the right prospects at the right time is critical. Don’t get ahead of yourself when the focus should be on the top of the pyramid or a special project that has an urgent timeline. For instance, when the organization is working to set the tone of the campaign and secure lead and major gifts, this is not the time to be focusing on the broad-based messages and strategies that will be utilized during a campaign’s public phase.

Phases of a Campaign:

If done well, campaigns can do MORE than raise the funds needed to advance an aspirational plan. A successful campaign can also:

For more information on the keys to campaign success today, listen to the entire JGA webinar and also download “Required Reading for Running a Capital Campaign,” our joint publication with the Chronicle of Philanthropy.