Have you ever considered raising philanthropic funds to reduce or eliminate your organization’s debt?

Raising funds for debt relief is good in theory, but requires a specific approach to gain support from donors. A key to fundraising is aligning the needs of the organization with the philanthropic goals of your donors. Yet, paying off debt is not often high on a donor’s list of projects they want t 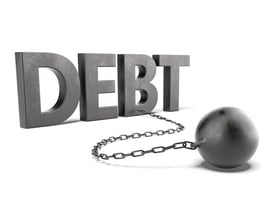 We have, however, seen recently that if done correctly and around the right type of nonprofit debt that donors will entertain the idea. All debts are not created equally – more on this later – and every donor is unique. Use the tips and ideas in this blog to help explore if a campaign to pay down debt might be right for your organization.

One key to fundraising for debt reduction is complete transparency. An organization must be willing to open up the books and share very specific details for donors to even consider helping pay off debt. This can be uncomfortable for some organizations, but it is a necessity.

From our experience these are a few key questions that prospective donors will expect to receive clear and specific information about from the organization.

-          What is the current debt amount and the annual debt service that is being paid?

-          How has the organization done in meeting its annual covenants?

-          How will paying off this debt further the organization’s ability to deliver its mission?

Another key in making the case for debt reduction is creating a detailed fiscal model around the current debt. This will help show donors the impact that can be achieved by reducing the annual debt service the organization has to pay.

You also need to assure donors the organization is not asking for assistance out of an emergency situation. The model must clearly show that the organization has done everything it can to run as efficiently as possible and has made any cuts that are necessary.

In most cases donors making leadership level gifts are not interested in paying off debt if the organization is failing. Donors want to give to well-run and successful organizations that are having a tremendous impact.

Paint Vision of Future Without Debt

Get buy-in and agreement from leadership on what the organization will do with the saved resources that will no longer have to be going to debt service each year and share this vision with donors. Articulate in a chart or graph how the funds saved from the annual debt service can be used to meet the mission.

This is a critical piece of the puzzle and needs to be well thought out and explained in great detail. Prospective donors might be interested in supporting debt repayment but only if they can clearly see the impact it will have on the organization.

They will want examples of programs and initiatives that will be created or enhanced through the savings. A campaign around debt can’t just ask for help and then not give details on how the funds will be used.

Know What Donors Won’t Pay For

Earlier I mentioned that not every debt is created equal. What we have seen is that prospective donors are more willing to entertain a conversation around debt if the debt was taken on in good faith at a time when the business model called for the investment from the institution.

What they don’t like to see is debt that has grown from mismanagement -- unwillingness to cut back on the budget during lean times, debt created for a capital project that is viewed more as a luxury than a necessity to the core mission, etc.

Prospective donors also aren’t very interested in supporting debt if the debt was created due to a failed campaign that was intended to pay for a project but the fundraising came up well short. They will view this as poor planning and execution of the campaign and expect better campaign planning in the future.

Building a campaign or fundraising initiative around debt repayment in particular takes time and a great deal of thought and planning. It must involve the entire leadership team and board to make critical decisions and talk openly about the financial health of the institution and priorities for the future.

A key to building a debt reduction campaign is testing the concept with your leadership and major gift donors and prospects. We always encourage a feasibility study before launching a major campaign, but when talking about a debt related campaign it is vital.

The feasibility study will allow you to get early buy-in and feedback on the arguments among your top donors before moving to a larger audience. You will gain invaluable feedback on the positioning of the debt repayment made in the preliminary case and with the financial model.