Nonprofit organizations across the country utilize campaigns to rally key constituents around programs and projects that move the organization forward. Fundraising campaigns provide a great platform to share the vision of the organization, serve as the catalyst to engage volunteers in hands-on fundraising activities, and significantly increase philanthropic resources to the organization. When done properly, campaigns can significantly enhance an organization’s impact and improve operations, however, much planning and preparation are required before moving into a campaign. 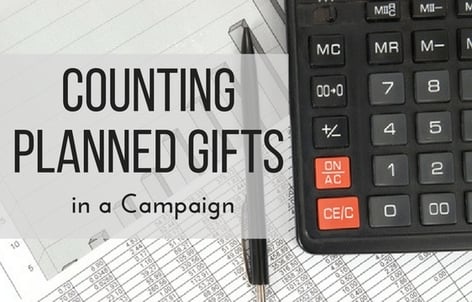 The role of planned gifts in a campaign is one area that must be discussed early. Planned gifts are funding as much as 40 percent of some comprehensive campaign goals, so it is crucial to establish a clear policy for these types of donations before beginning to solicit gifts for a campaign.

In the simplest form, planned gifts refer to gift intentions that are made during someone’s lifetime that will benefit an organization after that individual, or additional beneficiaries, pass away. These types of gifts can include bequest intentions, life insurance, charitable gift annuities, charitable remainder trusts, and many other giving vehicles.

At JGA we have seen an increased focus from donors on planned gifts as they consider how they can support an organization they care about with a significant gift. However, before entering into these discussions with donors, organizations need to have internal discussions with staff, leadership, and the board to ensure that everyone is on the same page regarding the role of planned gifts in a campaign.

Here are some of the questions that should be addressed about planned gifts before moving into a campaign:

Planned gifts are the ultimate gift a donor can make to your organization and for most donors this is how they can make their best gift to support a mission about which they care deeply. Be prepared ahead of time to properly handle these types of gifts before you begin soliciting them for your campaign. Have these crucial internal conversions early in the process to ensure all of the internal team are on the same page and it will be easier to communicate to donors a clearly refined policy that will show how much you appreciate their support.