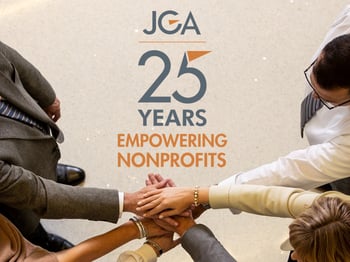 As JGA prepares to celebrate its 25th Anniversary, it is timely and appropriate to pause and look back on a quarter-century of service to the field of philanthropy and the growth that has taken place during that time.