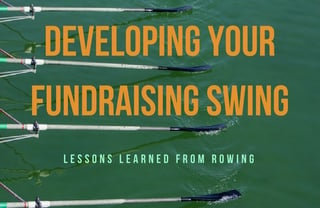 The Boys in the Boat is a well-researched, gripping and inspiring narrative about UW’s eight-man crew’s quest for rowing excellence and the roles played by the boat designer, coaches, rowers, and coxswain in that journey to gold. Brown’s spellbinding account takes place in the 1930’s when the United States was suffering through the Great Depression, Germany was seeing the rise of the Third Reich, and rowing was enjoying popularity second to only track and field among Olympic sports. Not long into The Boys in the Boat, I discovered that it was not going to be easy to put the book down. Brown is an enthralling storyteller, and he offers great insights into life, as well as rowing.

Take, for example, what the master boat builder, George Yeoman Pocock, had to say about the primary traits of a high-performing rowing team -- “Harmony, balance, and rhythm . . . there you have it . . . that’s also what life is all about.” That insight, as well as others regarding teamwork, patience, persistence, and preparation, is one of many from The Boys in the Boat that apply to fundraising.

Another prominent fundraising take-away from the book is the importance of a fundraising leadership team developing its “swing.”  It was this insight that prompted the chief advancement officer to give The Boys in the Boat to his institution’s chief executive officer, campaign chair, development director, and campaign consultant.  He believed that they, and he, had found that “swing” in their recently completed campaign.  In his note to the campaign leadership team, he said, “. . . we had that swing and we all shared, at various times, the duties of boat builder, coach, rower, and coxswain. We had the right attitude, the right personalities, the right skills.”

What can we learn from The Boys in the Boat about developing that swing in fundraising?  I believe Brown’s book points to four key elements:  skills, shared vision, self-discipline, and trust.

For more advice on building a high-performing development team, review some of our other blogs: